It's all about Jesus!

As part of his UK tour, we are delighted that Michael Card is coming to Christ Church THIS FRIDAY - September 14th, 7.30pm.

Michael has been a major and highly popular singer/song writing artist since his debut album in 1981. He is loved for the beauty of his music and the depth of his lyrics. This is not to be missed!

The concert at Christ Church will be his only appearance in the South West and tickets are still available.

Tickets are available now and cost £12.50 in advance at Christ Church today or £15 on the door. Contact us by phone or email to book your tickets or you can book them online until 10.00 am today using this link: https://www.eventbrite.com/e/michael-card-in-concert-tickets-47803665049

Also, to find out more about Michael, here's a link to his website 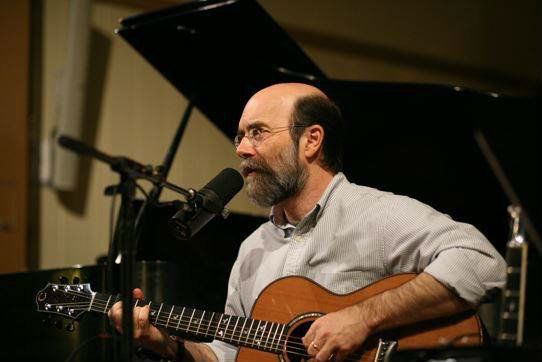 Since his debut album, First Light (1981), Michael Card has recorded over 37 albums and written more than 27 books. His career includes achieving 19 Number One hits in the US Christian charts. All this is in stark contrast to his goal in life, to simply and quietly teach the Bible.

Michael is a graduate of Western Kentucky University, where he earned his bachelors and master degrees in biblical studies. Michael has also received honorary PhD’s in music and Christian education from Whitfield Seminary and Philadelphia Biblical University.

In everything he does, Michael seeks to encourage his audience to join in his own journey to know and be known by God by asking questions and entering into meaningful discussion with one another. Card’s vision is to help facilitate the growth intimate communities within his audience’s own churches and neighbourhoods.

Michael lives in Franklin, Tennessee, where, with a group of close friends, he pursues racial reconciliation and neighborhood renewal. He and his wife, Susan, have four children and two grandchildren.